Posted on November 12, 2016 Categories: News No comments yet 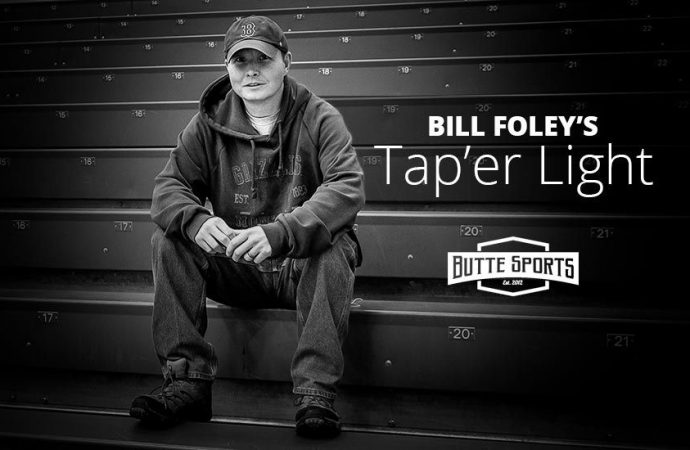 Friday marks the ninth anniversary of the Red Sox completing a four-game sweep of the Colorado Rockies in the World Series.

It also marks nine years since I quit drinking alcohol, and that is an even bigger deal than any Red Sox victory except 2004.

However, I will not be celebrating either anniversary this week.

That was the day my good buddy Leo McCarthy lost his daughter, Mariah, to an underage drunk driver.

Mariah was only 14 years old when she was run over while walking with friends on a trail alongside Blacktail Lane, not far from her house. Mariah died, while her two friends survived with scars that will last a lifetime.

In the hours after the tragedy, I hugged my oldest daughter, then 4, and repeatedly told her I loved her to the point that she squirmed out of my arms and told me to leave her alone.

A few days later, while ironically sitting at the Deluxe Bar, I decided to stop drinking forever.

At lunch at the Deluxe (which also had a restaurant) one afternoon, my little girl looked at a Bud Light poster on the way and said, “Ewe, beer is gross.”

I haven’t touched a drop of beer or any other alcoholic beverage since, and I never will again. That was an easy deal to make because my desire to ever touch the bottle slipped away when I learned of the tragedy.

It’s hard to say why. Maybe it was because I had a few drinks after work that night, and I, too, drove home when I should have called for a ride. I kind of saw myself terrifyingly on both sides of that tragedy, and I knew I needed to step up and make a change.

Sure, I never felt that I had a drinking problem, even though I ran into a great many of problems when I drank. Repeatedly making an idiot out of myself while drunk was definitely a sign that I really did have a problem.

So I was somehow justifying that fact that I sometimes drove drunk.

When I drank, though, I didn’t have an “off switch.” One beer was too many, and 24 was not enough, and that led to some bad decisions.

As I sat in St. Ann’s church for Mariah’s funeral a few days after the tragedy and listened to Leo’s powerful words as he eulogized his little girl, I knew those days were over for good. They had to be.

With the death of young Mariah came the birth of Mariah’s Challenge.

Leo put his money and dedication behind his words at the funeral. He promised scholarship dollars for Mariah’s friends if they, intern, promised not to drink while underage or drink and drive.

At least Leo thought he was just making that promise to the grieving friends of his daughter. As it turns out, a whole lot more people, young and old, where listening.

Mariah’s Challenge spread like a wildfire, and since that day the Mariah Daye McCarthy Scholarship has given out more than $300,000 to area students who live by the ideals of the Challenge.

Mariah’s Challenge has celebrated and empowered the students who have the courage to stand up and say no. It has helped lessen the stigma that goes with it, at least by a little bit.

Of course, when you have student-athletes and role models like Kyle Harrington, Josh Panasuk and Quinn Peoples, just to name a few, standing up and publicly accepting the Challenge, it certainly helps that cause.

People of all ages have stood up and done the same.

The organization has held three 5 kilometer races and two half marathons, allowing runners to log miles for the cause, and the shorter races had a tremendous amount of support.

The Miles for Mariah team also sent teams to the New York City Marathon and the Chicago Marathon. I was fortunate enough to run in New York on Nov. 1, 2009 — two years to the day after Leo’s speech at the funeral — and that experience is one that will likely never be rivaled.

I felt like I was flying as so many in the crowded streets of the Big Apple saw my team shirt and cheered for Mariah. I can still hear those cheers today.

If you’ve never run for Mariah’s Challenge — or any worthy cause — you are truly missing out. There is nothing more rewarding that giving all you have for something powerful enough to change and save lives.

One of those lives saved might have been your own.

The unfortunate downside to a movement like Mariah’s Challenge is that statistics can only show the losses in the fight. The lives saves cannot be counted.

Well, here’s a statistic that you can count on the positive side: my baby girl Maizee. She was born a couple of months after I ran in New York.

There is no way I would have been married long enough for her to join the party if it wasn’t for the strength, courage and leadership of my pal Leo. I was heading toward being a divorced father of two. Instead, I am a still-married father of three.

So Maizee goes as a notch in the win column. So does the rest of my family because it might not exist if I didn’t make that change.

Alcohol was slowly making my life slip away. The tragedy opened my eyes, and I am only one of many.

The anniversary of Mariah’s death is again upon us. Again the day will be marked with the Light Up Mariah campaign. People are asked to leave their porch lights on as a peaceful remembrance of Mariah and to honor others who died before their time.

It is a date that will live in infamy and a date we must never forget, even if we could. That date should forever serve as a reminder of the dangers of drinking and driving and underage drinking.

It should also forever remain a reminder of how the community rose from the ashes.

We moved on with determination and with purpose. We moved forward stronger and smarter than before.

That right there is real reason to celebrate.

— Bill Foley writes a column that appears Tuesday on ButteSports.com. Email him at foley@buttesports.com. Follow him at twitter.com/Foles74. 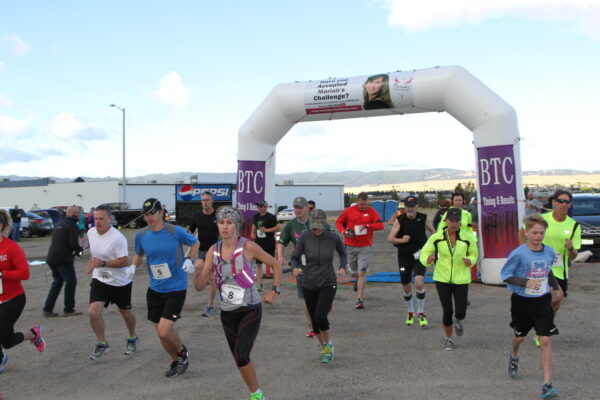 Foley, Smith run to titles at Mariah’s Half Marathon