Mariah's Challenge > Meet Us > Our Mission

Promise To Be Responsible With Alcohol 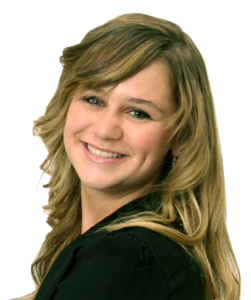 To educate teens about the dangers of drinking and to challenge them to be MIP free.

To help educate parents about the dangers and signs of teen alcohol abuse.

To foster a culture change in Butte, MT, that has a long history of tolerance for alcohol abuse stemming from its early days as a copper mining camp.

On the night of October 28th, Mariah Daye McCarthy died after being hit by an underage drunk driver. Valerie Kilmer and Kaitlyn Okrusch, who were out walking with Mariah that evening, were also hit and injured by the driver. At her funeral, Mariah’s father, Leo McCarthy, issued a challenge to the Butte community to change the culture that accepts underage drinking and turns a blind eye to drinking and driving.

The Challenge itself evolved out of a gathering of Mariah’s friends at the McCarthy’s home in the days after her death. Leo could see their pain and confusion and he wanted to soothe that pain. Leo explained, “They were all fumbling and bumbling about. I told them that they needed to look beyond the death toward something more hopeful. As I was doing the eulogy, I wanted to talk to that group of kids and let them know that there is more to the world.”

“Mariah is the inspiration,” he continued, “I am the voice, and the kids of this community are the living face of the Challenge. It’s their positive attitudes that are affecting other kids, and I love it – seeing kids with wristbands, with t-shirts – I love going up to them to say ‘thank you!’ for doing this.”

The challenge offered at the funeral could have been just a lamentation of a grieving father – but others have taken up Mariah’s Challenge and brought it out of the personal and into the world. Mariah’s Angels are the volunteers who work on the website, bring talks out into the schools and service organizations, and donate money for the scholarship fund.

This situation has put a spotlight on teenage drinking and driving in Butte. It has spread through Montana and throughout the country. Leo McCarthy hopes the Challenge offers teens a chance to bond with one another and with their families. He believes they are strong enough to say “No. I don’t want to do that. I accepted Mariah’s Challenge and I want to keep my commitment.”